The Istrian peninsula has been permanently inhabited from the Paleolithic Age and early men to Iron Age Histri.

The Istrian peninsula was inhabited during the Paleolithic Age, some 800,000 years ago. Until the Roman came, it had been permanently inhabited. This is witnessed by numerous artefacts ranging from the oldest stone tools made by an early man to monumental sculptures of Iron Age Histri.

As its very name says, it was originally two towns, Moncastello and Castel Parentino. Only Moncastello's ruins remained. 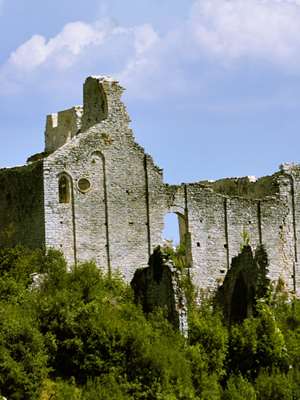 Nesactium was the seat of the Histri, the Iron Age people who inhabited Istria. Numerous archaeological findings show its permanent population, from the prehistoric era until the Late Antiquity. 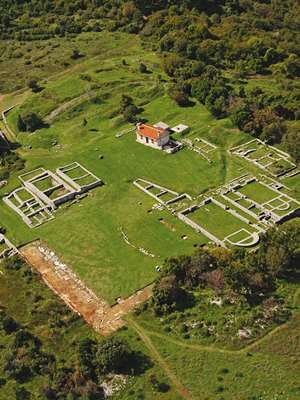 Vižula near Medulin was inhabited from the Neolithic to the Middle Ages. The most significant is the Roman villa, elevated from the sea coast by terraces 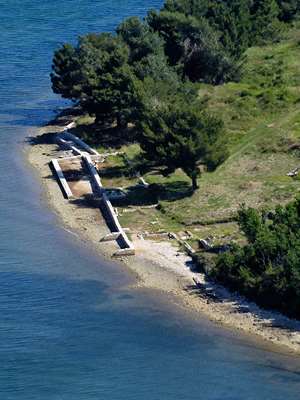 Monkodonja is a Bronze Age settlement near Rovinj, located on an elevation. The settlement was surrounded by triple walls built in the dry wall technique. 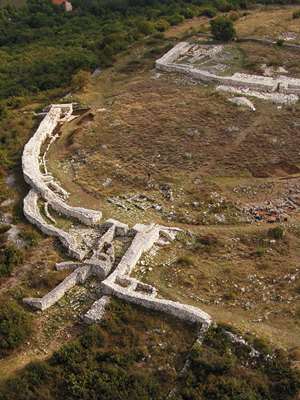 Gradina is the Bronze Age settlement consisting of the central plateau encircled by three walls. Entrances were set up in the labyrinth form so as make the entrance into the settlement more difficult. 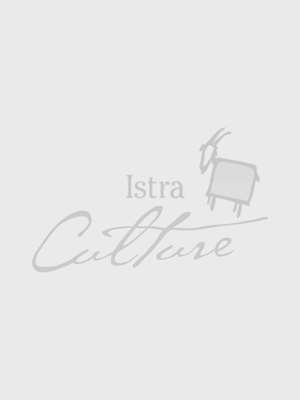 Picugi is a group of three hills with hilltop settlements near Poreč. The settlements were protected by three layers of walls. About 500 burial sites were found in their necropoleis.