Kubed was important for military reasons. Having lost its primary military function, it was not abandoned. Houses and the church were built inside its walls, which preserved them until the 18th c. 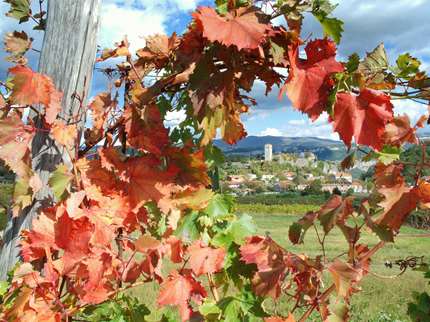 King Henry IV mentioned Kubed in the letter to the Bishop of Freising in 1067. Unlike other fort-castles, its walls protected the houses as late as the end of the 18th century. The Kubed castle was an important strategic point because it served as backing for the fortresses situated near the border, so military troops were stationed there until the end of the Uskok War. First data on the castle date back to the first Austro-Venetian war, when it was used as residence by Commander Civrano and his mercenaries. During the Austrian-Venetian war the castle was heavily damaged, but it was reconstructed in the second half of the 15th century with a special contribution by Anton Serena. From then on the castle was continuously being reconstructed because of its strategic importance. Walls were very well preserved long after the end of the Uskok War. A greater part of the walls and its defensive tower that was turned into a belfry have been preserved to the present day. In the 17th c., after the army had withdrawn and the castle started to lose its military function, the church, as well as the houses were built within the walls by leaning against the existing bulwarks. In such a way the castle was preserved unlike many others.